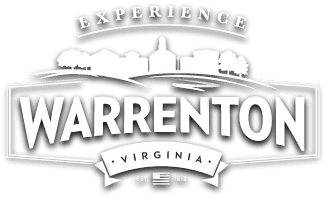 Warrenton had its origin at the junction of the Falmouth-Winchester and Alexandria-Culpeper roads, where a trading post known as the Red Store was established. At the time of the Revolution, a settlement had begun, and by 1790 the first courthouse was built, a jail was erected and an academy named for General Joseph Warren, a Revolutionary War hero, was founded. Richard Henry Lee donated 71 acres of land for the county seat, which was incorporated as the Town of Warrenton in 1810. 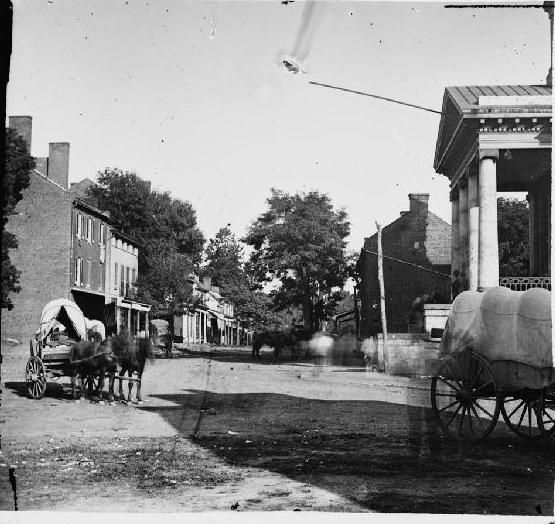 By the 1850s a railroad reached the town, which boasted several churches, thriving mercantile establishments, a weekly newspaper, and one or two schools, however, for well over a century the town grew slowly, being chiefly the trading center for a rural area and a place of residence for merchants, county officials and professionals, it early achieved a reputation for its salubrious climate and pleasant social life.

According to an early account, "Huge wagons and vans come over the mountains from the rich counties of Orange, Culpeper, Rappahannock and  Loudoun, loaded with wheat, corn and oats; the housewife sent her poultry and dried fruit; great herds of cattle wended their way to this town...For its size (604 population in 1860), Warrenton was the richest town in the whole South."

During the Civil War, the town was near the scene of battles and skirmishes during which the churches and schools were used as hospitals, frequently occupied by Federal troops, Warrenton was the object of raids by Colonel John S. Mosby, known as the "Gray Ghost," who later made his home there and practiced law in the California Building across Court Street. A monument to Mosby stands beside the Old Courthouse. He is buried in the Warrenton cemetery. Duvall Goldsmith, the inventor of the coffee percolator, was a local citizen, as was William "Extra Billy" Smith, who was twice Governor of Virginia.

There have been seven courthouses in Warrenton, the Fauquier County seat. Since 1795, four have stood on the same site on Main Street as the existing Old Courthouse built in 1890. Fire destroyed some of the earlier structures. The present courthouse, usually called the "new" courthouse by local residents, opened in 1974 as a legal office complex. It is located on Culpeper Street, adjacent to the Warren Green Hotel. The Old Courthouse still houses the General District Court. 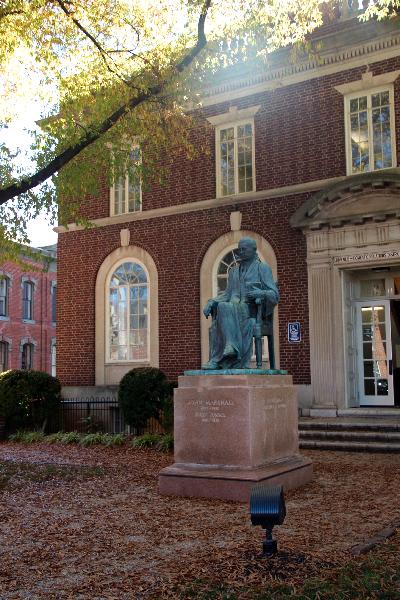 A favorite Warrenton landmark is a statue of Chief Justice John Marshall which was erected in 1959 during Fauquier County's Bicentennial Celebration. The statue is located on Main Street to the left of the Old Courthouse. A Fauquier County native, Justice Marshall began his law practice in Warrenton.

Beside the Old Courthouse is the Old Jail, a well-proportioned brick and stone building, dating from 1808, which is now the home of the Fauquier Historical Society and serves as a museum. The front portion, originally containing four cells, was later remodeled into living quarters of the jailer. It now houses a collection of Indian artifacts, revolutionary era Civil War and Colonel John S. Mosby exhibits. The rear structure, built around 1822, contains the original cells as well as an exercise yard for prisoners. This is one of the few perfectly preserved old jails in the Commonwealth. Said one lady of distinction, "If I have to be put in jail, let it be in the old stone one in Warrenton. It is so picturesque." The Old Jail Museum is open year-round, Tuesday through Sunday.

A few steps from the jail, on the corner of Court Street and Hotel Street, is the California Building, a mellow brick relic of the last century, which was built by "Extra Billy" Smith with profits from the California Gold Rush. Once a residence of his family, it now houses offices. Directly across Hotel Street stands the old Warren Green Hotel which was built in 1876 on the site of the Norris Tavern.

After the Civil War, Warrenton came to be known throughout the nation for its galaxy of brilliant lawyers who practiced at its bar and as a mecca for horse lovers. In 1883 the Warrenton Hunt was established and in 1900 the Warrenton Horse Show, which has achieved national fame as the "Hunter Show of America," began. In 1922 the first Virginia Gold Cup Race was run. Other hunts, such as the Casanova and Old Dominion, are located within a few miles of the town.

In the 19th century Warrenton also was known as a summer resort; the Warren Green Hotel and the Fauquier White Sulphur Springs, located a few miles to the west, drew guests from Washington and Richmond.

The quaintness, tradition, and charm of bygone eras are apparent along Old Town Warrenton streets lined with historic houses and brick sidewalks. Townsfolk gather on the steps of the post office or at a coffee shop to pass the time of day, perhaps pausing to listen as the old courthouse clock strikes the hour.